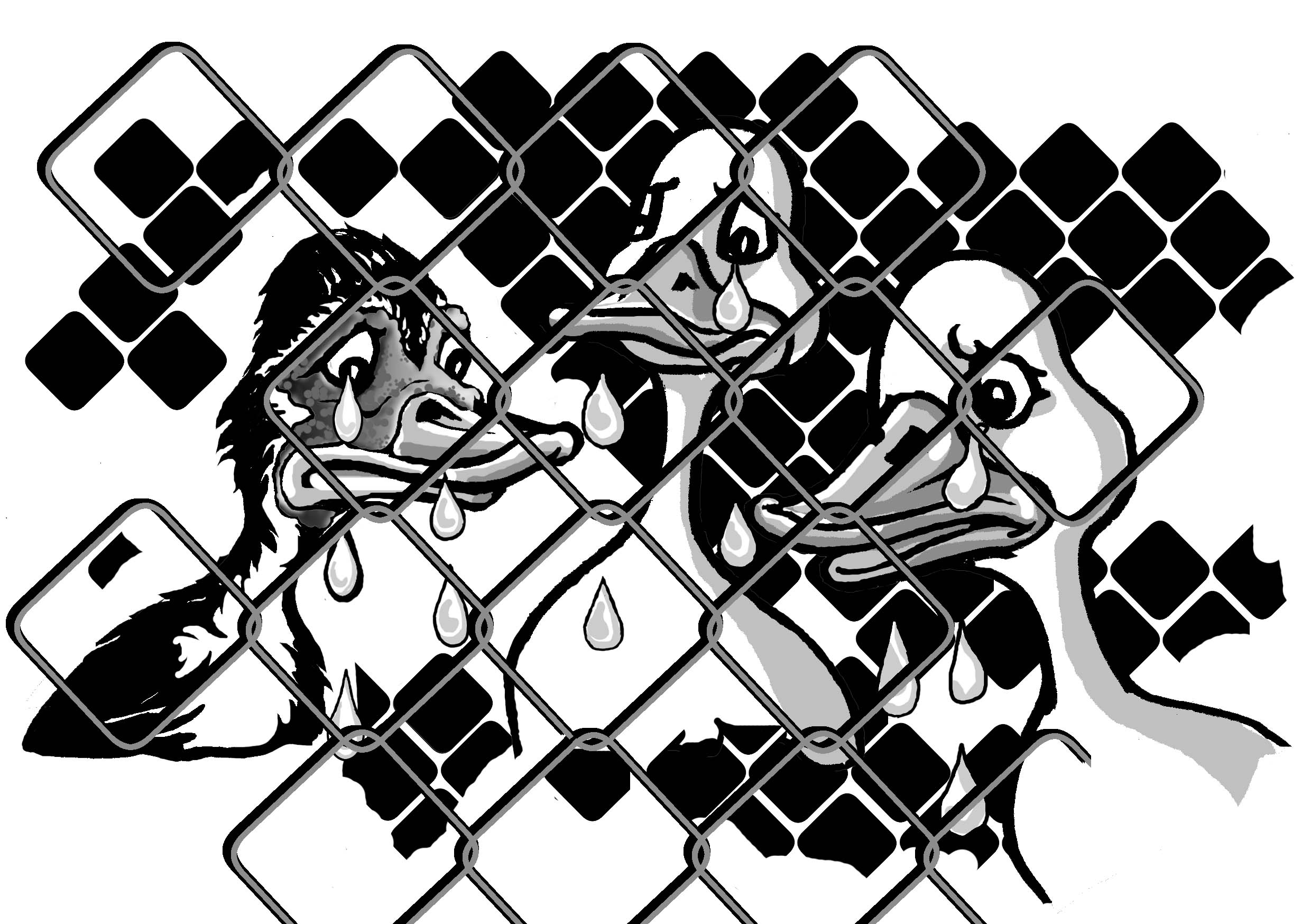 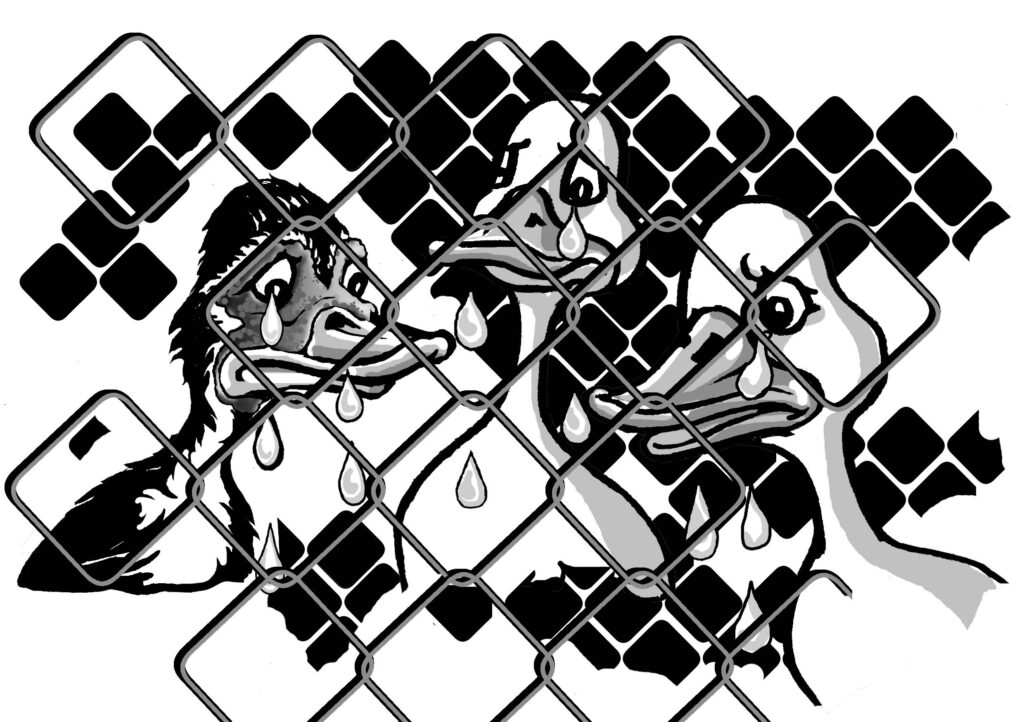 Since I am not a real boiti sma*, nor a lover of duck meat, probably because I grew up with Donald Duck (and I am now a vegetarian), the signs along the side of the road that advertise the sale of live animals, are not always understandable to me. I always look with question marks in my head at the signs that offer kwakwas, doksis and doksas for sale. A good friend helped me by telling me that doksi and doksa are the terms for female and male ducks. But what a kwakwa is, he couldn’t tell me either. So I decided to ask my then assistant Chantal, a real rural child who grew up between the kwakas.

Suriname has 11 species of duck that occur in the wild, and one of these ducks, the tame version, is also raised and is known as the doksi. The kwakwa, however, is a species that was imported and is also known as the Peking duck, a beautiful white duck, and a really domesticated animal. The ducks form a family of swimming birds. The muscovy duck, better known to us as doksi, is the only genus of the Cairina, and has the species name Cairina moschata. The tame muscovy ducks are loved because they are so tame and have an excellent breeding urge.

Life for the wild muscovy duck, however, is challenging. This typical South American bird has less and less space left in the wild and is also heavily hunted. In Suriname, this wild duck is rarely seen. Another problem facing the wild duck, also called bus’doksi, is that by cross-breeding with tame ducks, the population of wild ducks in the countries around us, is also declining. However, according to international standards, there is still no cause for concern regarding the decline of these animals in the wild.

The doksi is a large water bird with a typical red wart spot around the eyes. The wild muscovy duck has this to a much lesser extent. Furthermore, the reasonably large animal has short legs with large swimming feet. The doksa, the drake or male duck, is much larger than the doksi, sometimes up to twice as big as the female. The doksi can also fly much better than the doksa. The kwakwa is even bigger than the doksi or doksa and is mainly held for the eggs and the meat, and is, of course, the animal that stood model for my youth hero: Donald Duck.

Of course, you have also seen the ducks packed in a cage alongside the road, sometimes as many as 15 animals in the blazing sun, without water or food. A condition unworthy of humanity and a torment for the animals. As a vegetarian, it is strange to see how people treat their (still living) food. Is it not more logical to treat what you are going to eat with the utmost care? I hope that the kwakwa, doksi and doksa holders feel encouraged to treat their “goods” better and will not leave them in the sun for hours, packed together and without water. Thank you! 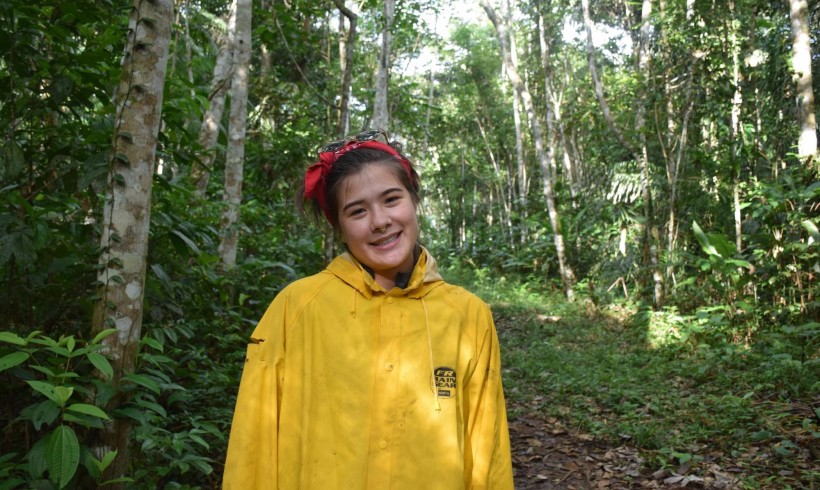 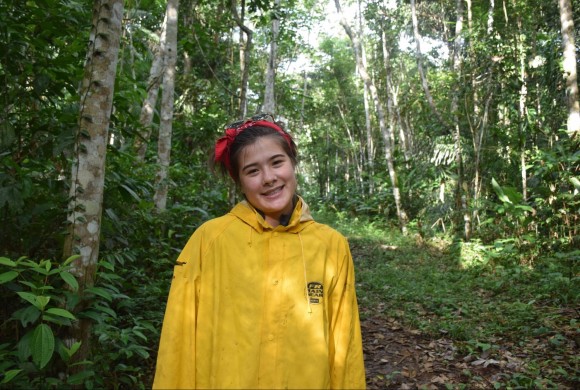 Hello! My name is Greta Wong, and I am an American university student, studying Organismic Evolutionary Biology, with an interest in conservation. As such, GHFS has been such a perfect learning platform. With so many projects going on, it’s easy to absorb knowledge just by talking with the other volunteers about their projects. Although I’ve only been here a month, I’ve helped with sloth and anteater rehabilitation, dolphin research, Kapok tree mapping, and raising conservation awareness.

One of my primary projects has been transferring the information on all of our sloth rescues to an online database. While data entry may not seem like the most riveting task, it has actually been enlightening. Each sloth has its own story of how it came to us. Many are found in the city, wandering without a home due to the deforestation here. Others are found tied up, being sold as pets. Often when the sloths first arrive at GHFS, they are timid and curled in a ball. But, once we offer them some busipapaya leaves (their favorite leaves), they happily crunch away and await their swift release back into the wild.

I’ve loved learning about the circumstances of their rescue, especially when I come across one of our long-term residents. It’s wonderful to see how our care has really helped these sloths and how they’ve grown since they came to us.

In places where conservation is not on the forefront of people’s minds, it can be hard to know how to incite change. Luckily, GHFS has dedicated volunteers and a strong leader, all of whom have been working relentlessly to protect Suriname’s special ecosystem.

The experience I’ve gained from being here is invaluable, and I am excited to see where this organization will go! 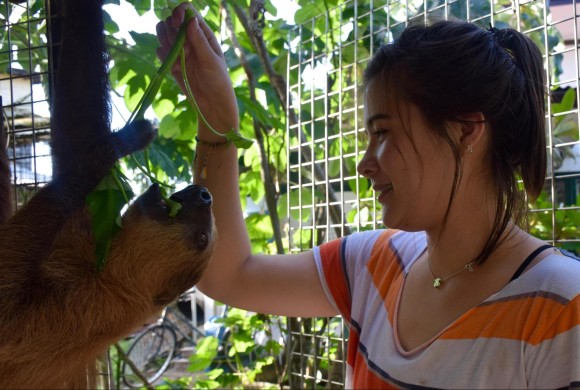 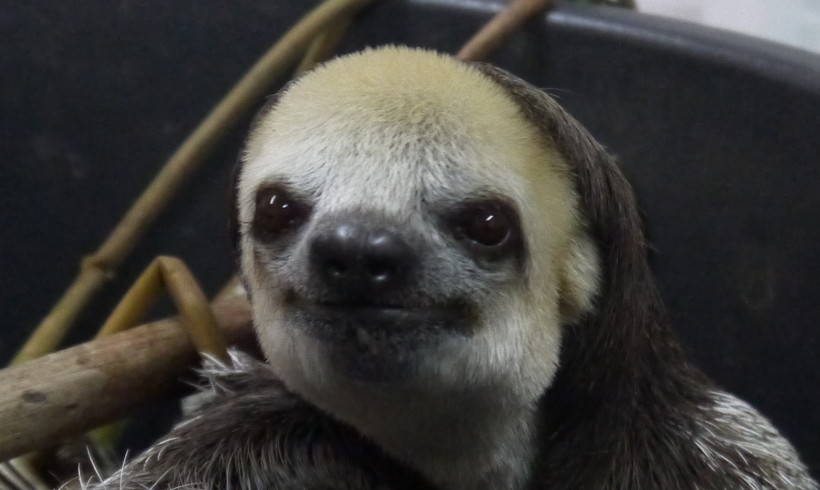 Disclaimer: Warning! Not all animals survive their ordeal and some of the pictures below may contain disturbing images.

Yesterday I felt depressed and deflated. Something that does not happen too often. My spirit felt hurt and broken. I was wondering, why I ever decided to work in animal rehabilitation, because dealing with the cases of animal abuse time and again cut deep into my soul.

The night before, Wednesday night, I received a severely wounded male three-toed sloth. He was brought by Kashmindra, a kind lady who found him somewhere on the street in her neighbourhood. A neighbourhood far from the city centre, but she wanted to provide help to him as soon as possible, and although it was late, she decided to drive to town and ended up at my place around 22:30. Sloths have thick fur, and I could see that the wounds were severe, but I could not assess how severe. The animal was not complaining when I picked him up and put him in a tub. He had eaten from the leaves of the branch to which he was clutching desperately with his healthy arm and foot. I asked Kashmindra some questions about the animal. She had called him Feni. “Feni,” she said, “because I found him and Feni means found.” After Kashmindra left, I put Feni in the big office room. Earlier that day I had harvested some fruits three-toed sloths really like, and I gave him one. He immediately started eating, and I posted his picture with a caption saying that he had a will to survive.
When I woke up, I went into the office to see how Feni was doing. He was hanging in there, and had finished the fruit. An animal that is eating is always a good sign in my trade. As soon as Rischmie arrived, I told her I was going to the vet with Feni. I was early, and within a few minutes was shown to one of the treatment rooms, where Audrey performed a first quick examination. However, because of the thick fur, we would have to shave the animal, so that a better assessment could be made of the wounds, and how to treat them. Feni was sedated and fast asleep within minutes while I started cutting away the hair around the wounds. After cutting away the hair, we would shave the remaining hair. As I was working, I started seeing how deep the cuts were, and was thinking that it would take a long time to heal. I told the animal technicians not to shave too much, because it would grow back only slowly.

When Audrey came back, she was shocked at how severe the wounds were. Audrey described them as “deep open fractures mid femur and mid humerus”, which are deep slash wounds on the left leg and arm, two in each, two straight through the bone, tendons on the left leg cut through. Right forearm claw, the fingers partially hacked off. Left forearm claw, two fingers severed at the nail bed, one finger still intact.

She told me that she could not perform the osteosynthesis, which is basically putting a pen through the bone to fix the fracture. She advised me to let this animal go, because even if it healed, he would never be able to use his left arm and leg again. I was not yet convinced, because he was so healthy, and he had looked at me in such a trusting manner… We called Leontine, the vet who would be able to perform bone surgery. After she heard the extent of the injuries, she also advised to put the animal to sleep. I hung up. I looked at Feni, he was sleeping so innocently. Not aware that I had to take this decision about whether he would live or die. But live what type of life? Thoughts were racing through my head. He was so strong, healthy…I would fight with him and for him. Then I looked again at his wounds. With his slow metabolism it would take a very long time to heal. And he would not be able to use his left leg and arm ever again. He would never again be able to live a free life in the canopy. I looked up again at Audrey, who was patiently waiting, and told her with a voice hoarse with emotion, that I would let him go, because I also thought it would be the best decision.

Disclaimer: Warning! DO NOT SCROLL DOWN IN CASE YOU ARE SENSITIVE TO SEVERE ANIMAL ABUSE THESE PICTURES CONTAIN DISTURBING IMAGES.