A Weekend in Galibi 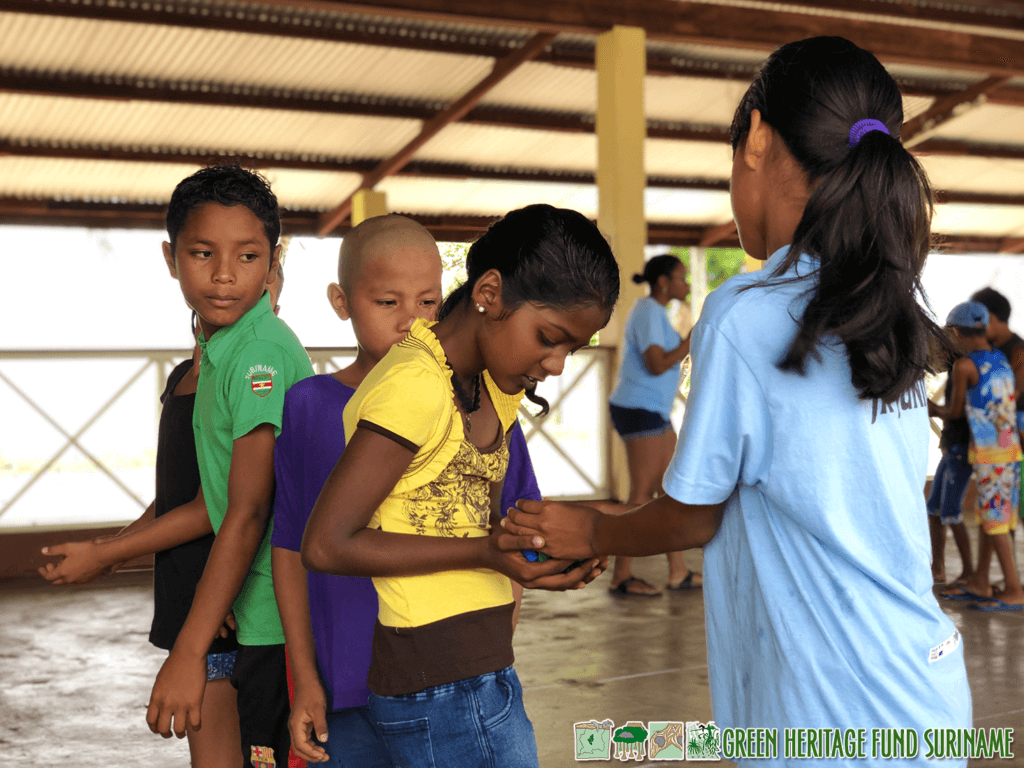 By Ted van Hooff When you think of Green Heritage Fund Suriname, you think of sloths. Yet the foundation does more than rehabilitate this species. With educational trips, the GHFS team aims to show a new generation of Surinamese people that humans and nature need each other. I joined Geneviève, Cheyenne, Jonathan and Desiré for […]

An interview with Tomas Willems about Marine Spatial Planning 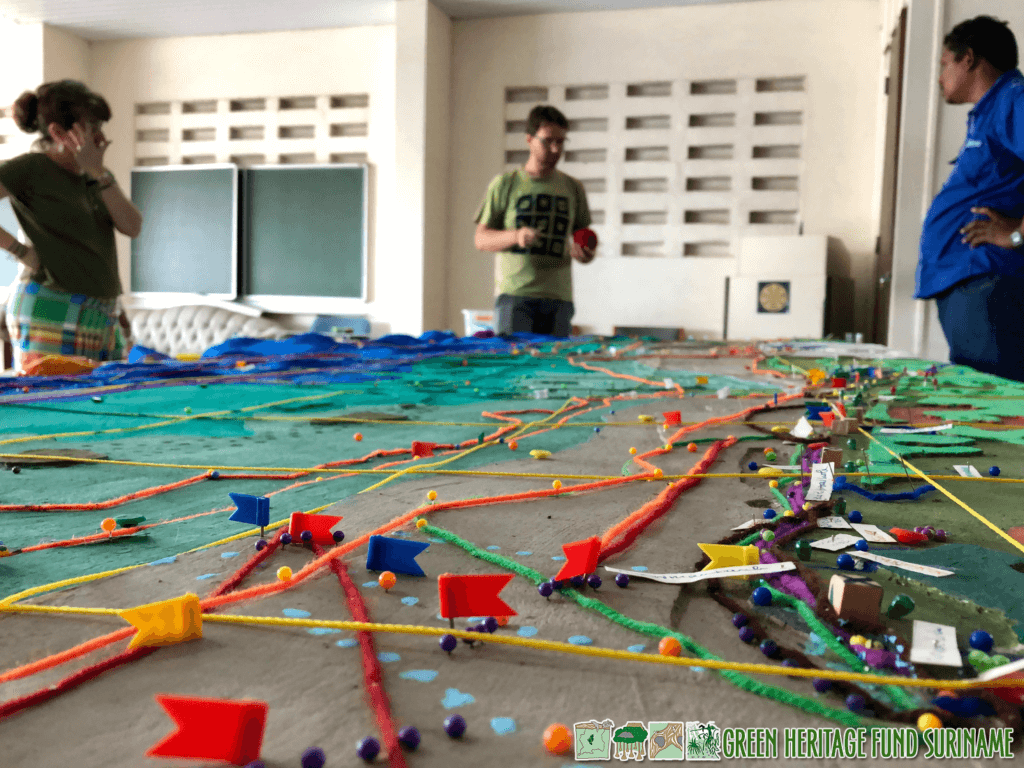 By Ted van Hooff The sea and coastal area of the Guianas is home to many extraordinary animal species, among which are the Guiana dolphin, the leatherback sea turtle and the scarlet ibis. Compared to other parts of South-America, there is little information on local wildlife and the use of this area by its inhabitants. […] 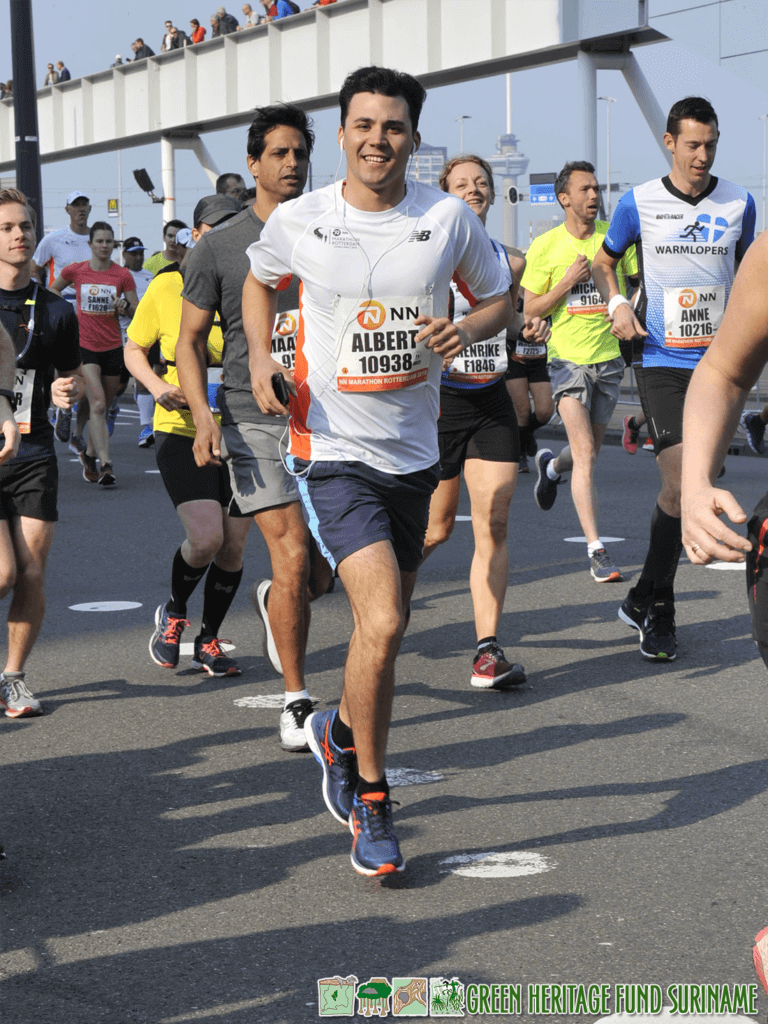 By Carola PoleyTranslated from Dutch by Ted van Hooff By running the Rotterdam Marathon, Albert Aletrino (21) has raised a significant amount of money for Green Heritage Fund Suriname (GHFS). Albert completed the 42 kilometer distance in 3 hours and 48 minutes, collecting €610. Albert has fond memories of the Surinamese Foundation: “The last time […] 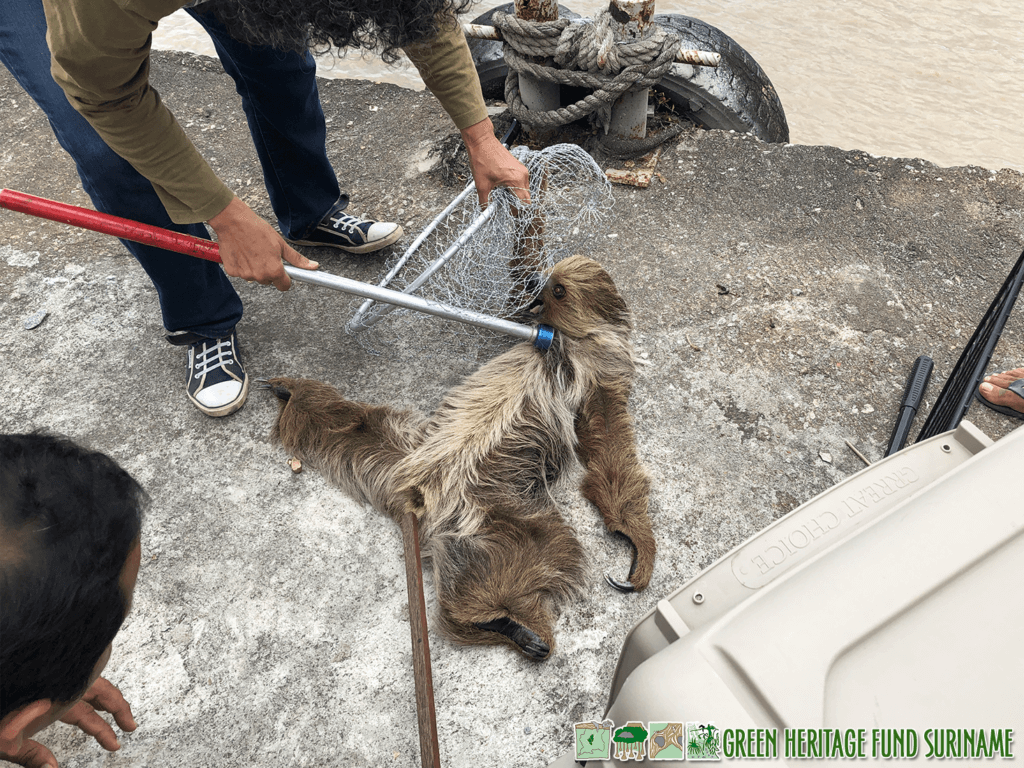 By Ted van Hooff ‘There’s a sloth in a car tire above the water behind my house.’ We find sloths in the strangest places. When Eric calls us about the guest that has been staying in his backyard for the last couple of days, we know we’ve got a special case at our hands. When […] 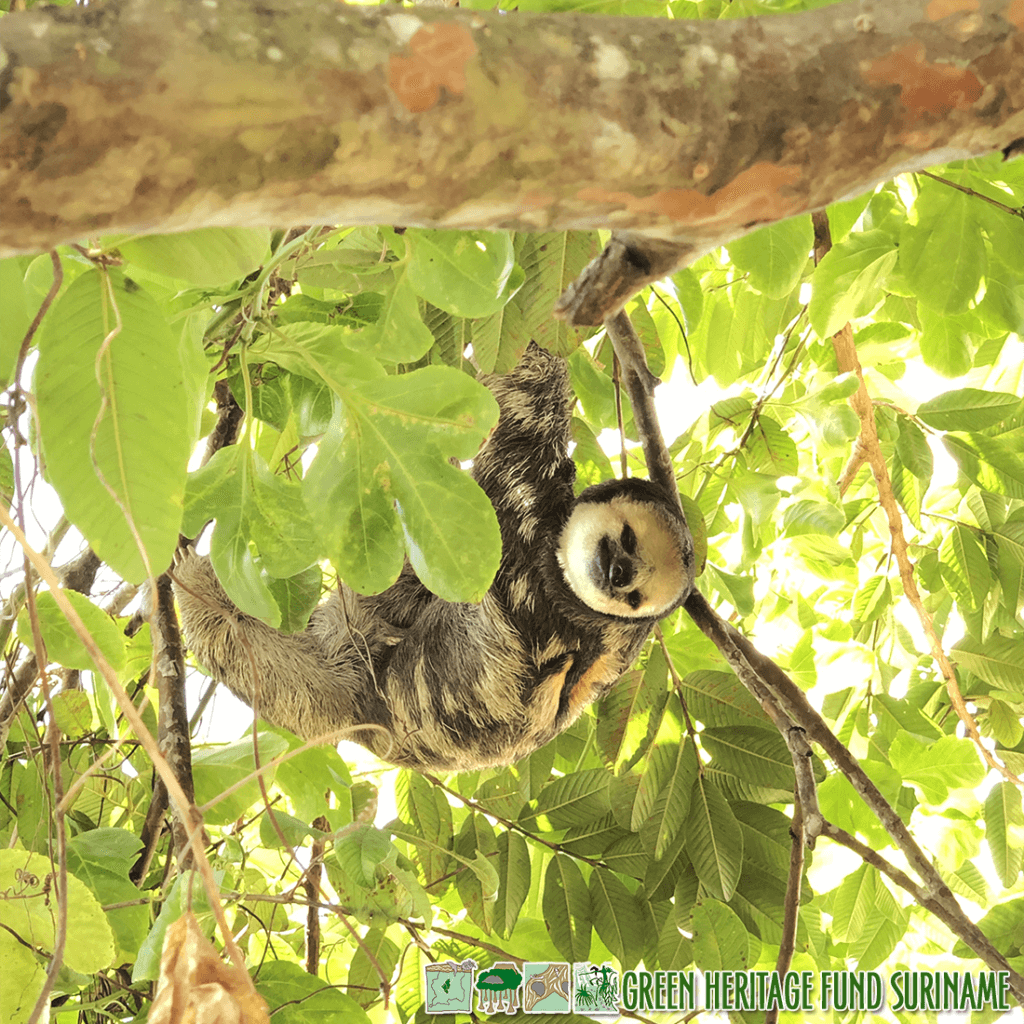 By Ted van Hooff When Sigfried, a cock who is always alert, starts to crow at a tree in a backyard in South Paramaribo, his owners suspect something is wrong. Sigfried has spotted an intruder: a three-fingered sloth is hanging lonely on a branch.     The Green Heritage Fund is called in. While Sigfried […]