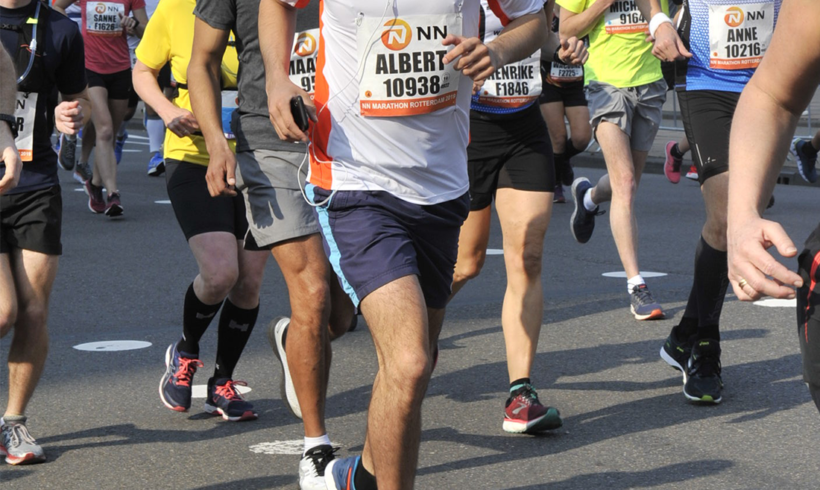 By Carola Poley
Translated from Dutch by Ted van Hooff

By running the Rotterdam Marathon, Albert Aletrino (21) has raised a significant amount of money for Green Heritage Fund Suriname (GHFS). Albert completed the 42 kilometer distance in 3 hours and 48 minutes, collecting €610.

Albert has fond memories of the Surinamese Foundation: “The last time I was in Suriname, I visited the Sloth Wellness Center in Saramacca and also joined Monique Pool (the foundation’s founder) when she released a sloth into the wild. On an earlier visit, eight years ago, I saw dolphins in the Suriname River. Very impressive! I don’t quite remember if this boat trip was with GHFS, but I know the foundation also commits itself to the preservation of the Surinamese dolphin population and I support that.”

Albert’s father came up with the idea of raising money with the marathon. “My father Eddy Aletrino has been supporting the organization for years. Right away, I thought it was a good idea. I set a goal to raise €200. First I approached my friends, but when the word of our initiative spread, the parents of a few of my friends spontaneously decided to donate as well. We ended up with €610!,” Albert says.

Albert is not yet sure whether he will be running the marathon again next year. “I look back on a positive experience, but I also struggled that day. I certainly hope to inspire others with this initiative. Just do it, I would say to those in doubt. Asking money from friends and family meant overcoming a hurdle. However, a good cause like GHFS made everyone eager to contribute.”