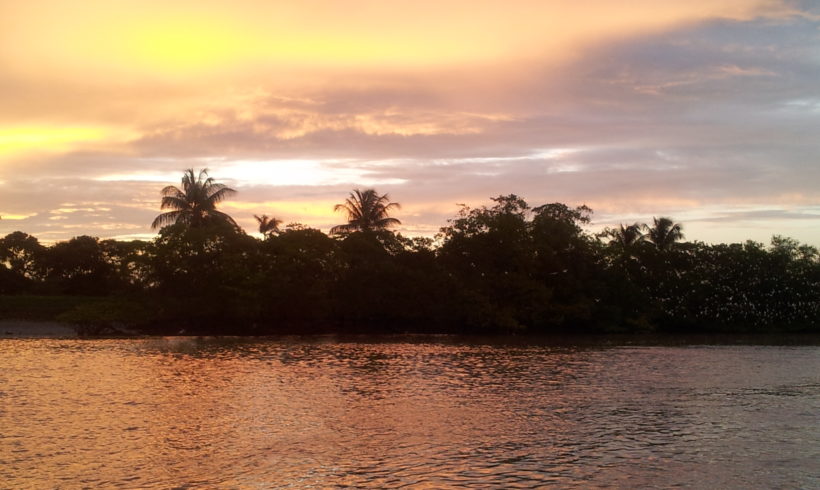 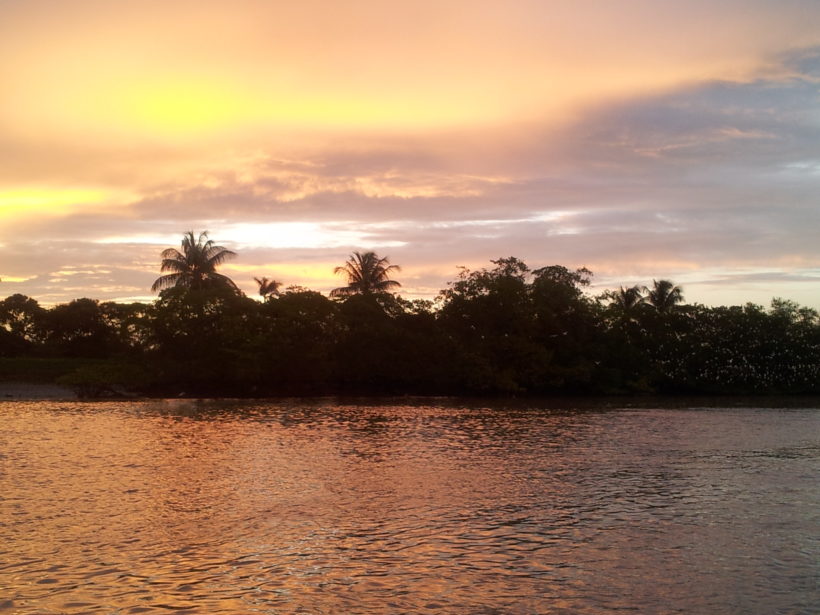 The viability of bulkwater export has been discussed at length in the Surinamese media from different viewpoints. Aside from promotional material, critical questions lingered around concerns that the Surinamese private sector was excluded in key decisions, opposition by the union representatives, and issues around water availability in general. Here, I provide two alternative perspectives which will hopefully provide new insights: 1) why is Conservation International Suriname supporting bulkwater export, and 2) should government have a role in financing new sectors and industries?

Conservation International Suriname (CIS), the local branch of the international biodiversity conservation organization based in Washington, D.C, was best known for helping establish the Central Suriname Nature Reserve (CSNR) and the Suriname Conservation Foundation (SCF). It has shifted towards a more neoliberal approach towards biodiversity conservation in recent years. This is best exemplified by the establishment of the Friends of Green Suriname network which is described on CIS’ website as a “joint venture” between nature and private sector – the latter are urged to pledge an amount between USD 5,000 and 50,000 to CIS for the protection of biodiversity.

CIS has also made headline with its close relationship with Amazone Resources, a shady company that (according to its website) was established in Switzerland in 2012, then moved to the Netherlands, and whose sole mission it is to prove that bulk (river) water export from Suriname is profitable. Amazone Resources and CIS have found a willing ally in the minister of Natural Resources, Mr. Regilio Dodson (despite his early opposition to the plan because Amazone Resources’ permits were illegally obtained). Why would a Surinamese environmental NGO aid an international company with the exploitation of Suriname’s natural resources? The answer lies in what has been termed neoliberal conservation.

A little more context is needed before I explain this term. The issue of bulk freshwater export first became a public discussion in 2012. In the same year, AR was established in Switzerland and received a permit by presidential decree without the required approval of the Minister of Natural Resources (Mr. Dodson’s predecessor). This permit gives Amazone Resources exclusive rights to export 6-12% of Suriname’s surface waters for 40 years. During this time, Mr. Cor de Ruiter was also Honorary Consul of Suriname in the Netherlands and he now holds two positions in the company: Chief Commercial Officer and Advisory Board Member. At the same time, new leadership was hired at CIS and the local NGO announced that it would follow a new approach to biodiversity conservation that is more focused on market principles – the stage was set for neoliberal conservation.

G. Monbiot, a journalist with the British newspaper The Guardian, in a recent article explains the basic principles of neoliberalism as follows: The market would discover a natural hierarchy of winners and losers, creating a more efficient system than could ever be devised through planning or by design. Anything that impeded this process, such as significant tax, regulation, trade union activity or state provision, was counter-productive. Unrestricted entrepreneurs would create the wealth that would trickle down to everyone.

The bulkwater export experiment can thus be interpreted as follows: as a multi-national corporation, Amazone Resources is the natural winner. Any regulation, appropriate legislation or trade union involvement would unnecessarily delay the process. According to the neoliberal model, an unrestricted Amazone Resources is best situated to create optimal wealth which will be shared with the population through trickle down processes. This wealth has been estimated by Amazone Resources to be in the range of “hundreds of millions of euros annually”. Monbiot’s article is a dire warning of the failures of neoliberalism to provide benefits for the most marginalized populations, and he convincingly argues that the recent US presidential victory by Donald Trump can at least partially be attributed to this model’s failures in the US. Why then would CIS embrace a neoliberal approach to conservation?

Conservation International Suriname is not actually interested in exporting water, but rather in biodiversity conservation. CIS’ reasoning is that forests must be protected in order to protect biodiversity. Since forests are part of the hydrological cycle, the argument is that it is easier to protect forests if it can be shown that there is a strong link between forests and a critical economic sector. If this sector does not exist, then it must be created – in this case: bulk freshwater export. In the past, CIS would have approached this challenge through sound science and by providing technical advice and support on natural resource management and environmental legislation, while largely remaining in the background. Today it focuses on marketing.

The recently failed attempt to transport water from Suriname to Barbados was also conducted in collaboration with companies that are involved in the gold mining industry which actually threatens biodiversity. Thus, CIS is making an attempt to protect biodiversity on one location while supporting companies that destroy biodiversity in another location. These are the tradeoffs often inherent in a neoliberal approach to conservation.

Technically speaking, there is nothing wrong with using surface water for different purposes, regardless whether this is in Bridgetown or Georgetown. Most surface water can readily be used for irrigation, as is already done in Nickerie. If it is used for industry or human consumption, further treatment is required and this depends on the physical (especially high turbidity), chemical (in Suriname especially mercury) and biological composition of the water. There are several additional issues that should be studied and clearly understood. Surinamese rivers are relatively shallow which means that there is saltwater intrusion far inland, and there is no need to export saltwater to Caribbean countries as they already have an unlimited supply.

Environmental or minimum flow levels (MFLs) will have to be determined for the wet and dry seasons to ensure that ecologically sensitive species are not adversely impacted, for example the endemic Suriname dolphin (Sotalia guianensis) and sensitive coastal mangrove systems. Furthermore, the Coppename River has been cited as the most likely source for freshwater export, but researchers at the University of Suriname also found that the Coppename River watershed has the highest concentrations of mercury deposits, likely due to the transport of mercury “fumes” from goldmining areas in the Suriname River watershed. Lastly, new water treatment facilities will need to be constructed at the point of departure (Suriname) or the point of delivery (i.e. Barbados). 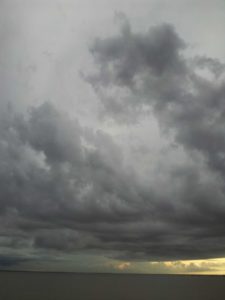 The narrative that Amazone Resources tells is almost convincing. Their website claims that more than 150 billion cubic meters of Surinamese freshwater flows to the ocean. This natural resource, when mixed with ocean saltwater, has lost its value and becomes useless. This, according to the company, and presumably also CIS, is a shameful waste of freshwater. This misleading narrative was created to raise alarm and warrant rushed action without properly completing the necessary research and passing the appropriate legislation. Indeed, freshwater flows to the ocean, as it does everywhere in the world. There, it evaporates, cloud formation takes place, and clouds are transported over land where precipitation occurs. Water either flows overland towards streams, creeks lakes and rivers, it evaporates, or it infiltrates the soil to replenish our aquifers. All rivers follow this continuous cycle, including the Amazon, Rhine, Ganges, and Demerara (which coincidentally is a few hundred kilometers closer to Barbados), as well as all five ‘major’ rivers in Barbados!

Let us assume for the sake of argument that the recent test transport was a success and that Suriname’s freshwater standards meet the standards of the Barbados health and environmental authorities. Then the question becomes who should pay for the necessary up-front investment costs which Amazone Resources estimates to be around 50 million Euros. Suriname primarily relies on rainwater and groundwater for consumption and industrial use. Except for river water which is used for irrigation in Nickerie, we have very little experience in treating surface waters. In addition to water treatment, there will be additional costs to transport freshwater from upstream locations where the salinity concentration is sufficiently low.

I have therefore read with much curiosity the dismay of Surinamese business representatives who feel that they have been unfairly excluded from the presumably lucrative bulkwater export business since AR was given exclusive rights. However, are these Surinamese businesses also willing to invest in the start-up costs? Given the role that government has played in similar schemes with private sector partners in recent years, it appears that all parties expect the government to pay these costs. The government, unfortunately, has a poor track record in financing new industries and sectors. Box 1 gives a brief analysis of one such failed endeavor which cost the Suriname taxpayer dearly: the cassava processing factory also known as Innovative Agro Processing Industries (IAP).

Box 1. Overview of government investment in IAP.
Timeline of key events:
2012: IAP is officially opened by the president of Suriname
2013: IAP is sold to the government for SRD1
2014: In the same year, IAP is first listed on the budget of the Ministry of Foreign Affairs, then the Ministry of Finance, and finally the Ministry of Agriculture, Animal Husbandry and Fisheries (LVV).

Losely translated: It is accepted practice globally that when government identifies an opportunity and wants to stimulate it, given its responsibility for creating job opportunities, it can rely on expertise to develop such opportunity. The combination of government financing and private expertise, a failing business is rescued with the explicit agreement that as soon as the business runs smoothly, it will be handed over again to the private sector.

The minister of finance in essence argues that it is good business practice for a government to assume the risk of investment by bailing out failing private businesses, and once these businesses are profitable and the risk has been managed, to again transfer ownership to the private sector. But who is “the government” in this case, and who are the private actors? IAP was set up by two individuals with deep connections to the government. The first owner was Mrs. Madho, who is the wife of the then minister of Foreign Affairs Winston Lackin. The second owner is Mr. Power, a close advisor of the president and has a prominent position at the University of Suriname.
By late 2015, the ministry of LVV assumed responsibility of IAP and is quoted in the newspaper saying “What has happened has happened. I don’t look back but only to the future” (Minister Algoe starts at point zero with Cassave factory).

In summary, three questions remain regarding CIS’s neoliberal experiment with bulk freshwater export and the role of the government in financing new industries. First, does the general public understand that the promised ‘trickle down’ riches of the neoliberal model will only come in the form of a few drops of water on a hot plate? If the public’s money is used, there should be clear and transparent procedures for how the benefits will be shared. This brings me to the second question. Given the history of government investments that favor political elites, when will an independent institution be established that can evaluate the best risk/reward balance for deals with national and international companies concerning Suriname’s natural resources? Lastly, do the Friends of Green Suriname, which is comprised of Surinamese businesses, understand that their support of a neoliberal conservation model may include their support of processes by which international corporations can acquire exclusive rights to exploit Suriname’s natural resources which effectively sidelines these very same Suriname businesses?

Ravic Nijbroek, Ph.D.
Dr. Nijbroek is a human geographer with a background in environmental engineering (BSc) and agricultural engineering (ME). From 2009 to 2011 he worked for CIS and from 2011 to 2014 he worked for Conservation International in Washington, D.C. He currently lives in Nairobi, Kenya, where he works on sustainable agricultural intensification, and can be reached at [email protected]

A shorter version of this article was published in Dutch in the local newspaper De Ware Tijd on Saturday the 7th of January 2017.