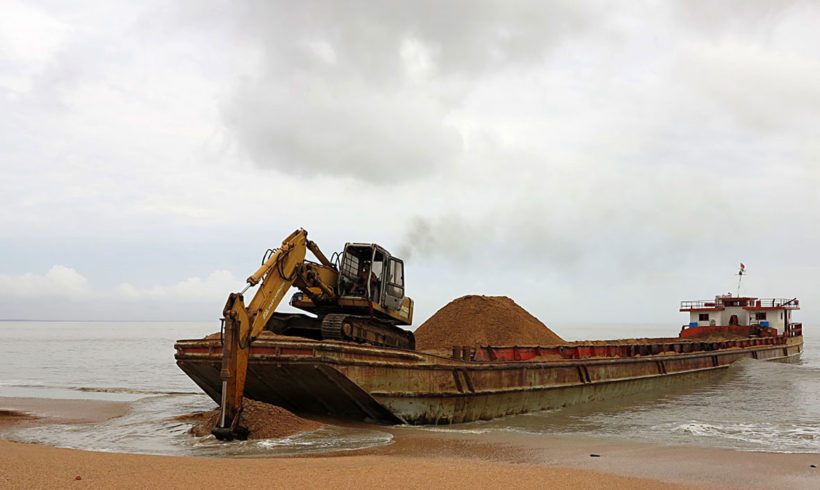 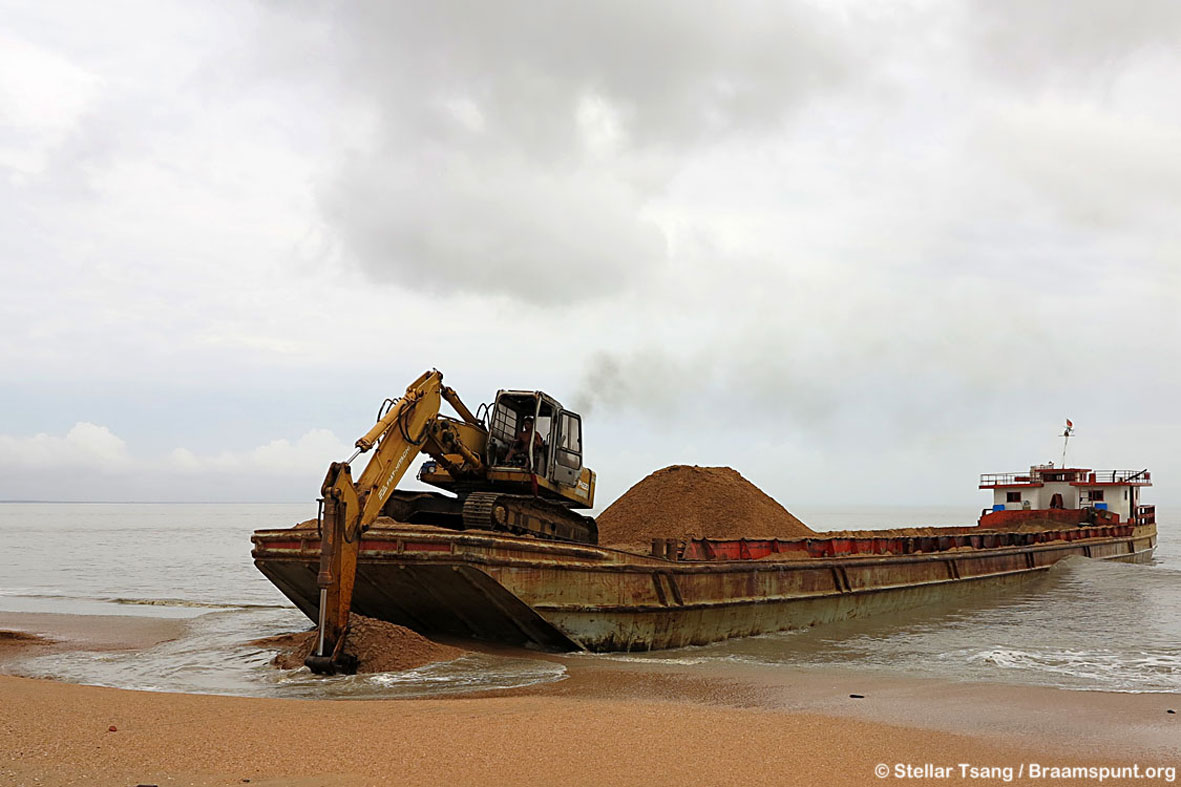 WWF, CI Suriname, Green Heritage Fund Suriname and the SHATA are seriously concerned about the fact that the government once again gave permission to mine sand at Braamspunt. Braamspunt has become an important nesting beach for sea turtles for several years now and is a tourist attraction. In addition, Braamspunt is important as coastal defense of Paramaribo North and serves as a natural breakwater. Several Surinamese nature conservation organizations and scientists have been calling for stopping the beach at Braamspunt for many years. Because of the adverse effects on biodiversity, coastal protection and the impact on the tourism sector, these organizations express their dissatisfaction and call for dialogue on reversing this decision.

WWF Guianas has been actively supporting sea turtle protection in Suriname since 1969 and is upset that the exemption exactly coincides with the sea turtle nesting season. In addition to poaching of eggs, the loss of nesting beaches is a threat to our sea turtles. By 2015, WWF Guianas, at the request of the Ministry of Natural Resources, initiated a thorough investigation with the aim of ending the removal of sand across the entire coast. As a result of the cessation we saw a reduced erosion of the beach and the shrimp fishermen had better shrimp catches. Research into the function and vulnerability of the Surinamese sandy beaches has shown that the beach of Braamspunt fulfills some vital functions including coastal protection of North Paramaribo. WWF Guianas is still behind the advice to stop sand mining, as far as the western part of Braamspunt. This advice has been shared with the Ministry of Natural Resources during various presentations, as well as with the Council of Ministers and with the Permanent Committee for Natural Resources of the National Assembly.

According to Monique Pool of the Green Heritage Fund Suriname, the ignorance of this action is shocking. “That the mining is having a very negative effect on our coast is obvious to us. Recently, our observations have also been scientifically confirmed after research by Prof. Edward Anthony as laid down in WWF Guianas’ report. Not only are fatal blows given to our own coastal protection, it is also happening in the midst of the turtle nesting season, which threatens the animal species and the associated sustainable tourism activities, “said Pool.

On behalf of the tourism sector, SHATA states that it is important for decision-making to take into account the effects on all sectors. Spotting sea turtles is one of our biggest tourist attractions in Suriname. Every year, groups of tourists go out to see the sea turtles along our coast. The government sees the tourism sector as a priority for economic development, but with this action, it denies the tourism sector the opportunity to contribute to our economy.

The director of CI Suriname John Goedschalk is also concerned: “The Government of Suriname must do its utmost to protect Paramaribo and its residents from the threat of sea level rise. The weakening of Braamspunt will lead to the exposure of Paramaribo to stronger waves from the Atlantic Ocean. It is a clear example of robbing our nature with benefits only to a small group of people, but whose bill will be presented to the entire nation and our offspring. Look at what happened at Weg naar Zee and let’s learn from it. CI Suriname is therefore against sand mining at Braamspunt and we will try to convince the Minister of Natural Resources together with our partners. “

The above organizations urge the Ministry of Natural Resources to immediately stop the excavations at Braamspunt, taking into account the following points:

1) No mining if the shell deposit belongs to the nesting or habitat of legally protected and / or endangered species.