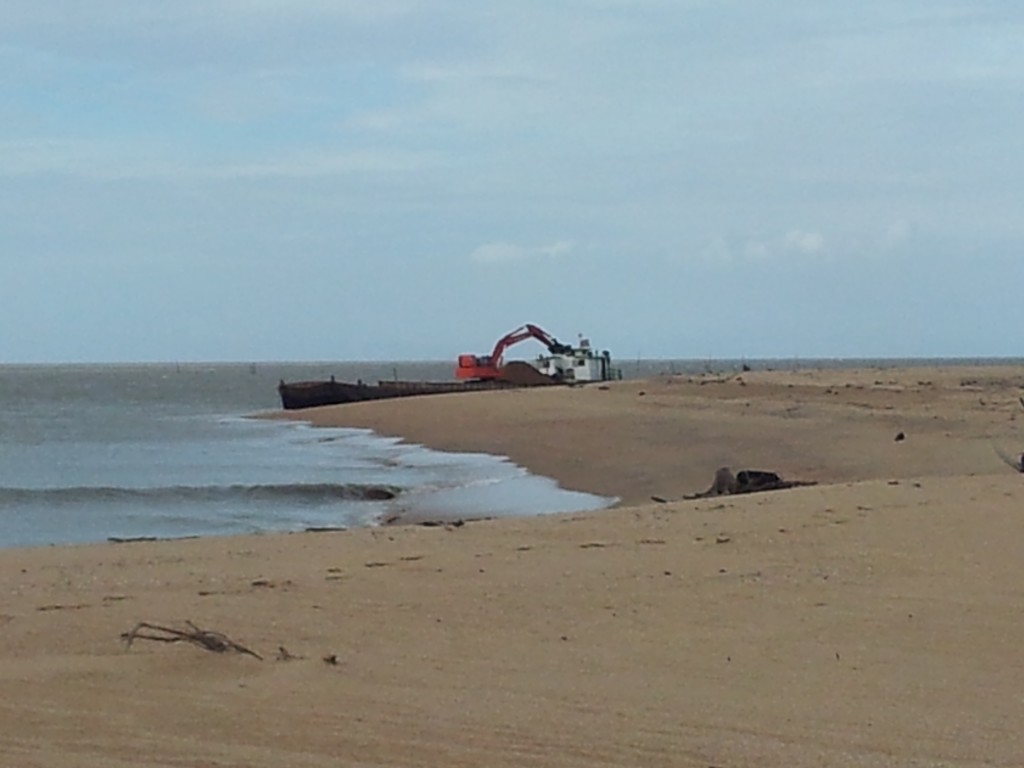 Now that the first month of 2016 is coming to a close, I decided to put down some of my thoughts and reflections about these first days of this new year. On the first Sunday of this year, the 4th of January, there were so many people interested in seeing the dolphins and going to Braamspunt that we filled two boats. It was a beautiful day, and I was looking forward, with anticipation, at what I would find there. Would the big barges still be there, as in the very first days of the year? In violation of the order of Minister Dodson who had put a halt to the sand mining as of the 1st day of this new year? I was relieved when we arrived at the beach that there were no barges at all that were mining sand from Braamspunt. For several years we have tried to get the attention of the Minister of Natural Resources for this problem (www.braamspunt.org). So kudoz for Minister Dodson, because he had the audacity to finally put a stop to an activity that was not just degrading the beach at Braamspunt, but most likely was having an effect as far away as Weg naar Zee. And it is not that WE (read: THE GOVERNMENT) did not know about this. A report written in 1989, and most likely conveniently shelved, clearly states that any sand mining at Braamspunt should immediately be stopped because of the natural coastal protective function of the sand spit. Several reasons are given why the mining should be stopped. One of the reasons was possible increased erosion at Weg naar Zee, also with a view to the future effects of sea level rise. One thing this report does not mention, is that the economic gain of the sand miners leads to increased costs to the State in the form of having to built defensive works to protect our coast. And costs to the State means that we as taxpayers are footing the bill of the activities that benefit a few. In addition, as was reported yesterday, sand mining may also have an effect on the fish and shrimp stock. The local fishermen reported their catch had increased manifold to the extent that they could deliver fresh shrimp to the market. And with those fishermen, I also hope that sand mining on this special beach near the capital will never again be permitted.